To share your memory on the wall of Gary Regan, sign in using one of the following options:

Your condolence has been posted successfully

Provide comfort for the family of Gary Regan with a meaningful gesture of sympathy.

Gary (gaz) Regan, Bartender, Author, and Educator, is dead at 68

Gary (gaz) Regan, Bartender, Author, and Educator, is dead at 68

Gary (gaz) Regan, liquor industry legend, passed away from complications from his battle with cancer, including pneumonia, at Newburgh Hospital, NY on November 15.

gaz is survived by Amy Gallagher, his loving partner and wife of 11 years and cousin Ken Armstrong.

Born in Rochdale Lancashire, England (which he always referred to as Blackpool), gaz and his parents ran pubs — one in Bolton, called the Prince Rupert, and one in Cleveleys, called the Bay Horse. Despite being underage (but looking older), he worked at the Prince Rupert. He went to Courtfield Catering College to train as a chef. While pizzas weren’t a thing in England in the 1960s, he started making them at home and sold them to a local store. He married his first wife, Norma at age 20, and they opened a small bistro called Antiquate which was successful. They divorced a few years later.

gaz came to America at age 22. As he put it, “I scarpered (hightailed) to America.” He began his stateside bartending career at an Irish bar in the upper East Side of Manhattan in the early 1970s. Dave Ridings, a close friend from Bolton worked at Drakes Drum and got him a job as a bartender. Even in those days they had their own cocktail culture, guided by gaz.

What followed was a number of neighborhood bar and assorted other jobs — barman, restaurant and bar manager — until he got a position as manager of an English pub in South Street Sea Port, called the North Star Pub. He was there for four years and changed his life as he learned about the business and the customers. It was also there, that he gained insights into both.

gaz loved to tell this story about when he was bartending at the North Star Pub. It seems that a particular Scottish gentleman would come in for lunch every day, order a hamburger and ask for the “book.” It was a guide to single malt scotches and differences in brands, regions, water, grain and distillation styles. After work, the gentleman would meet with friends and colleagues and hold forth on the verities of various malts. While he sounded like an authority on the subject, the information he provided was less than 5 hours old. Among other things, as gaz put it, “I learned the power of storytelling and the entertainment value of the liquor and bar businesses.”

These insights and observations led to his love of writing and storytelling. In the early 1990s, he wrote a column for Food Arts about drinks, followed by pieces in Wine Enthusiast, Cheers, Malt Advocate, among others. But, his best-known writer gig was his column, The Cocktailian in the San Francisco Chronicle.

gaz’s first book, The Bartender’s Bible was published in 1991, and between 1995 and 1998, together with Mardee Haidin Regan, he co-wrote The Book of Bourbon and Other Fine American Whiskey, The Bourbon Companion, New Classic Cocktails, and The Martini Companion.

From 2003 to 2018, he published even more books including The Joy of Mixology (multiple editions), the Bartender’s Gin Compendium, The Negroni: A gaz regan Notion, and the annual 101 Best New Cocktails, and many more. In total, he wrote 18 books on drinks, bartending, cocktails and related subjects. Additionally, his four days a week e-newsletter, each on a different topic, reached tens of thousands of readers in the business.

In 2003, he developed tongue cancer, and as he told a writer for a Difford’s Guide biography about him, this was a seminal moment in his life in more ways than one. He awoke to a broader picture of bartending. He called it “mindful bartending.” He went on to say, “... mindful bartending started in 2003, after I had tongue cancer. I had a spiritual awakening. The cancer slapped me upside my head. I thought somebody was trying to get my attention and I started seeking why that was happening.” Mindful bartending was his mantra and he described it this way: “The intuitive bartender listens internally to the messages the barroom sends. And acts accordingly.”

What followed was a series of changes and reinvention of himself and his business activities: He started to decorate one of his eyes with eyeliner, partly to remind bartenders that eye contact with customers is vital, and partly just to have fun with it. He moved from Manhattan to Cornwall-on-Hudson, NY and created his Cocktails in the Country, a two-day bartending course with a “zen-like” approach to the craft. He adopted the lower-case name gaz (his nickname) and it became his nom de plume. He moved further into the liquor business and developed Regan’s Orange Bitters No. 6, and embarked on a series of relationships with spirits companies including, consulting, running and judging bartender competitions, and brand sponsorships and promotions. He invented and promoted the “finger stirred” Negroni. He made ‘guest’ bartender appearances at such places as The Dead Rabbit. More recently he launched the Worldwide Bartender Database, an online portal for all matters of bar and bartender issues and opportunities.

And, above all, along the way had fun in everything he did, always ready with a smile and a story. When he learned last summer that he had lung cancer and entered the hospital for surgery, he wrote, “Is there anything gaz regan wouldn’t do to get attention? Would getting lung cancer, and getting rid of it while Tales of The Cocktail was going on sound like him?” This from a man who helped lead the cocktail renaissance and received a Lifetime Achievement Award from that organization.

We can actually hear him say, “What the hell are you people going to do without me?”

The funeral will be private and a Memorial Service is planned for January.
Read Less

Print
Services will be private and at the convenience of the family.

We encourage you to share your most beloved memories of Gary here, so that the family and other loved ones can always see it. You can upload cherished photographs, or share your favorite stories, and can even comment on those shared by others.

Posted Nov 22, 2019 at 07:53pm
The loss that the booze industry is feeling is nothing compared to the loss that I’m sure his beloved Amy is feeling right now. Please know that I speak for the entire industry when I say that we are here for you, Amy.
The man that was gaz, née Gary, is counting on us to carry on and be there for you, in whatever manner you need. We loved him and we love you.
To my friend, Gary, your friendship meant more to me than I’m sure you realized. The impression you made on me and the impact you had on my life can never be erased. I love you and i miss you.

Posted Nov 22, 2019 at 07:15pm
Gary will remain in our hearts forever. Condolences, Steph Ridgway and his Caorunn family.

Large Basket Garden was purchased for the family of Gary Regan. Send Flowers

Posted Nov 21, 2019 at 07:49pm
Along with other schoolchums still in touch with him, I knew Gary from his time at Bolton County Grammar in Bolton (see pic, Gary front, middle). This was during the mid 1960's (long time ago!). Gary joined us in our (from my failing memory!) second year there and with his gregarious nature and bonhomie was soon part of the crowd. In fact it soon became obvious he was ahead of the crowd even then but was never 'stand offish' and well liked by everyone (even the teachers!) . I reconnected with Gary many years later through another schoolfriend, Pam Smith, on Friends Reunited then Facebook. I met up with Gary a couple of times whilst he was on his visits back to the UK when a few schoolpals got together. He was still the same Gary, unchanged by his well earned success, and I am very proud and glad to have known him. Take care Amy, I wish you two could have grown old together a lot longer. Posted Nov 19, 2019 at 02:05pm
My sincere condolences to the family at this sad time. Gaz’ passing leaves an immeasurable void to all of us in the craft. His influence as a role model, mentor, raconteur and friend will abide in all who were fortunate enough to meet him or read his words. Gaz was a great man simply by being a good man. In the words of the Irish toast then, Gaz, “May the Good Lord hold you in the palm of His hand a half hour before the Devil knows you’re gone!” Paul Femia, Bartender’s Union Local 165, Las Vegas, Nevada
Comment Share
Share via: 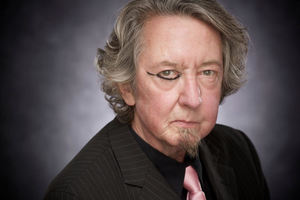 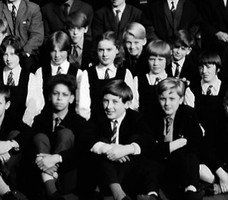