To share your memory on the wall of Anthony Missere, sign in using one of the following options:

Your condolence has been submitted for approval. There may be a delay before posting.

Provide comfort for the family of Anthony Missere with a meaningful gesture of sympathy.

The son of the late Anthony Missero and Antoinette (Valentino) Missero, Professor Anthony M. Missere was born on February 12, 1947 in Manhattan where he lived for 13 years prior to his family moving to Sunnyside, Queens.
Professor Missere received his Bachelor of Science degree from Pratt Institute in Dietetics and Hotel Management. He then went on to receive his Master of Arts degree in Physical Education and Administration from New York University and completed his doctoral studies coursework in Sport Management at Temple University.

During Anthony’s time at Pratt Institute as an undergraduate student, he was a member of the school's basketball team where he led the country in rebounding in 1967, averaging 21.7 rebounds per game. Upon graduation, Anthony played professional basketball in Naples, Italy. During this time, he was the Aquatics Director at Camp All America bringing him to Cornwall, New York to assist legendary coach Claire Bee.

Professor Missere then returned to Pratt Institute and began his teaching career as well as serving as Pratt’s Facilities Manager, Instructor, Assistant Athletic Director, Head Basketball Coach and Head Baseball Coach. In 1976-1977, he received the Basketball Coach of the Year award from the Knickerbocker Conference and was also named Coach of the Year (College Division) from the Metropolitan Writers Association. He served as President of the Metropolitan Coaches Association and also the Knickerbocker Basketball Conference. From 1979 to 1984 he served as a Consultant to the Kingdom of Saudi Arabia in Sports Club Management, Media Relations and Youth Programming for the 1984 Olympics.


Anthony M. Missere is survived by his ex-wife Mary (Lyle) Missere of Cornwall; daughter: Nicole (Missere) Moriarty and her husband Terence of Belle Harbor, NY; his sons: Anthony Missere, III and his wife Paula of New Windsor, NY, Peter Missere of Queens, NY and Philip Missere and his wife Pamela of Cornwall-On-Hudson, NY; his grandchildren: Aaliyah, Charlotte, James, and Anthony (IV): his sister: Lorraine Werdann and her husband Bob; his nephew Robert and nieces Adrienne and Lorraine as well as many more loved friends and family.

Visitation will be held from 6 p.m. to 9 p.m. on Saturday, January 18th and 2 p.m. to 4 p.m. and 7 p.m. to 9 p.m. on Sunday, January 19th at Quigley-Sullivan Funeral Home, Inc., 337 Hudson St. Cornwall-On-Hudson, NY. A Mass of Christian Burial will be held at 10 a.m. on Monday, January 20th at St. Thomas of Canterbury Church, 340 Hudson Street, Cornwall-On-Hudson, NY. Interment will follow the Mass at Woodlawn Cemetery, New Windsor, NY.

Arrangements are entrusted to Quigley-Sullivan Funeral Home, Inc.; to send condolences or to get directions to the funeral home, please go to www.Quigleybros.com
Read Less

We encourage you to share your most beloved memories of Anthony here, so that the family and other loved ones can always see it. You can upload cherished photographs, or share your favorite stories, and can even comment on those shared by others.

Posted Jan 17, 2020 at 10:36pm
A little something to help remind you that his memories and impact will always be there. Thinking of you all in this difficult time.

Posted Jan 17, 2020 at 01:53pm
Dear Missere Family, your father was a truly inspirational person & our community was better for it. Our thoughts & prayers are with you right now. 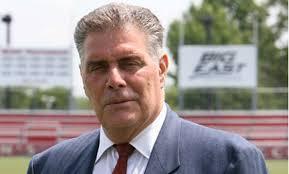